For people that enjoy all watches

When I first received the Jackson Egi I'm currently working on, I was struck by how light it felt in the hand. I was also struck by the way it behaved when filed. Just didn't feel like other SS cases I'd worked on. I'm much further along now and I'm working two different projects and I decided to try and age both with various improvised methods. Most recently I was putting them in a bath of hydrogen peroxide and then adding a splash of bleach and dipping the cases and then letting them dry and repeating. One is the Egi from Jackson, the other is an Invicta case. They've both been getting the same treatment for a few days, but look at the difference:

Edited by mod to include pics 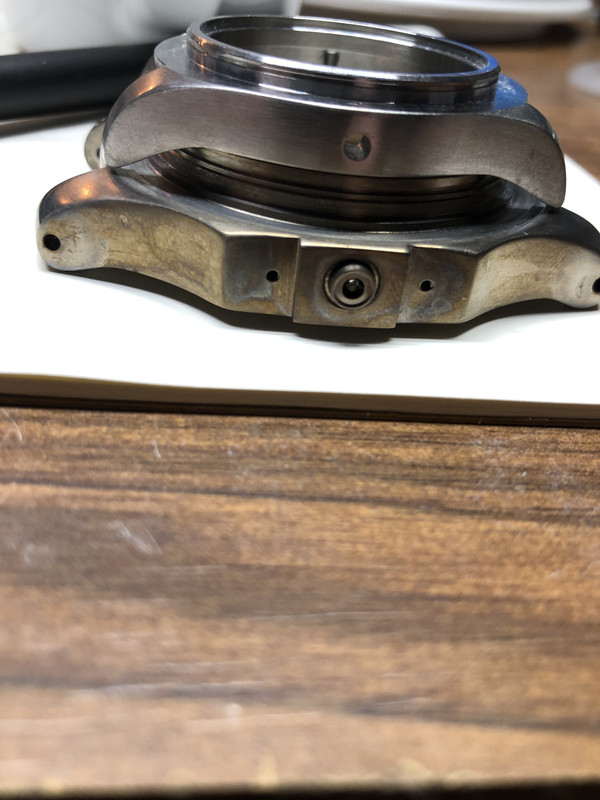 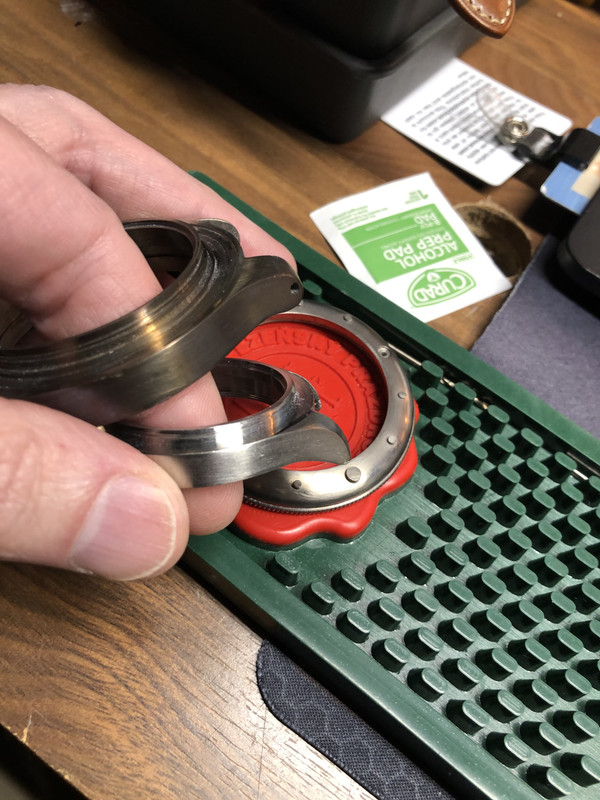 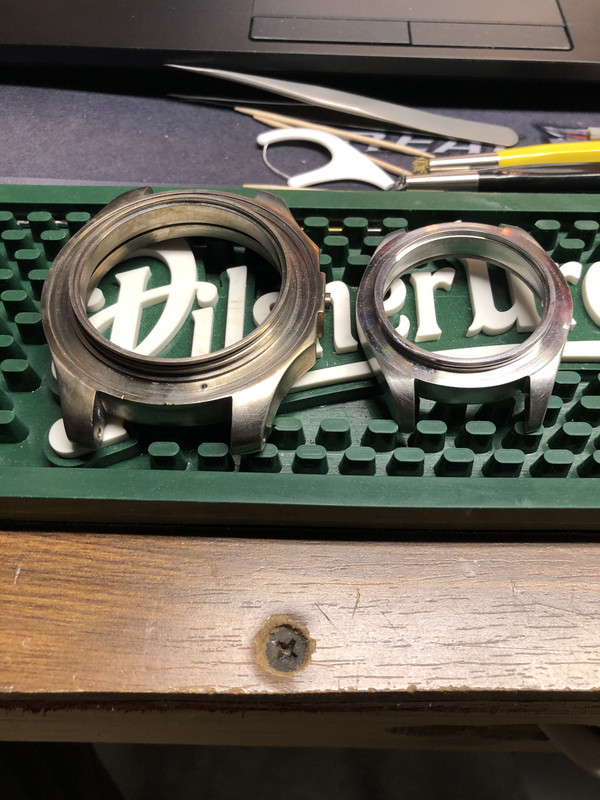 I do understand there are different formulations of SS, but I'm curious if those who know more of the nuances have any input on why the Jackson case is reacting and the Invicta case is not. BTW, I also put an older Jackson 6152 in the same mixture and it reacted more like the Invicta.

The other thing is the weight. When I saw this, I put them both on the kitchen scale and found the Egi case to weigh only 30% more than the Invicta. I would have expected it to weight nearly 2X as much or more.

I realize Jackson makes a Ti case for this watch, but that's not what I ordered and I don't know anything about titanium except I would not expect that I'd be able to shape/file it with the tools I have.

Would love any thoughts on this from the group.

I don't see the pictures, the issue is most likely on my side.
Never underestimate the power of denial
Top

I don’t see the pictures either.
Top

Sorry guys, I'm still figuring the pics out. Can you see them now?
Top

I’ve modified it to include pics. You can edit your original post to see the code.
Watch collecting is about collecting the watches YOU are passionate about

I see them now, thanks!

It appears that the content of iron is the main reason here. Normally 316L SS would be the standard, then above standard depending on the maker

I think you hit the nail on the head.... different types of steel... I suspect one is a 316L while the other is an easier to machine grade of steel that isn’t as corrosion resistant
Watch collecting is about collecting the watches YOU are passionate about

Tanukjaju wrote: ↑
March 26th, 2020, 4:11 pm
I think you hit the nail on the head.... different types of steel... I suspect one is a 316L while the other is an easier to machine grade of steel that isn’t as corrosion resistant

What he said! The softer one is the brown and cheap material.
Never underestimate the power of denial
Top

Thanks all for the input. I suppose since I'm trying to age this case that in some sense the poorer steel is an advantage. Having fun with the process. I have a display caseback on the way from @Kp0y, a lovely unitas 431 from @blueradish, my bubble plexi is ready, and today I received a killer camo leather strap for it from @Vesire! I need to get a CG lever worthy of the build still, and also a crown that will fit the 431 stem.
Top

Just to be sure, which version is this, 52mm, 60mm?
Panerai reference pictures
https://mega.co.nz/#F!8R0FWaoS!IAasZXfb14Z7R1H6CLYp6w